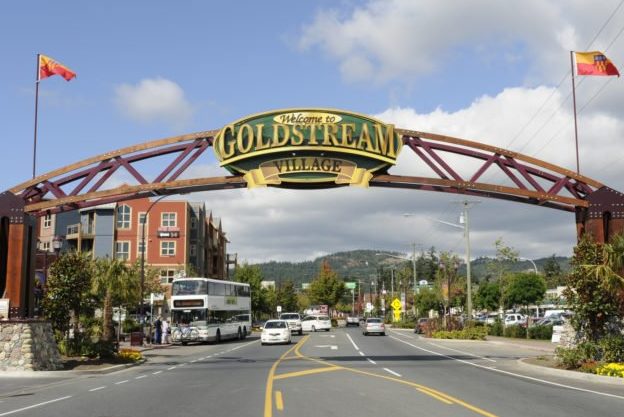 Langford has caught the attention of real estate pundits and reviews extolling the municipality. Once known as Victoria’s rural outback “Dogpatch”, the city is now one of Canada’s fastest growing municipalities, growing to over 46,000 people – a 30 per cent increase since 2016.

Maclean’s magazine ranked Langford as best community in B.C. and 18th best in Canada. Toronto-based insurance website RATESDOTCA ranked Langford the “most livable” place in the country out of over 150 communities. B.C. Business Magazine rated Langford as “Most Resilient City” and “Best Place to Work” two years in a row, stating Langford has a “unique and growing array of business services and amenities, including a dynamic restaurant scene.”

The once quiet city has grown tremendously under the stewardship of Mayor Stu Young, who, along with a pro-business Council, rolled up their sleeves over the last twenty years to build sewers and streetlights, parks, and recreational facilities. They wooed big box stores like Costco while also supporting local business initiatives. They facilitated family focused amenities. Their hard work paid off. Families are flocking to the small city, creating demand for not only housing, but also an elementary and middle school which are scheduled to open this fall. As well, the provincial government has promised a future secondary school on a site near Triple Crown and Costco.

To meet steadily growing demand for housing, the Mayor and Council are working to revitalize its downtown core with high-rise towers, parks and perhaps even a university in the future.

Langford’s Official Community Plan, Policy 1.5.1, states that “Over time, the entire City Centre is expected to transform to higher-density forms of development, with the highest density being situated in closest proximity to the principal transportation corridors: Goldstream Avenue and the E&N Rail Corridor.”

“There’s no endless supply of land,” says Mayor Stu Young. “For a community our size, we build a lot of homes for families and that’s how Langford was built. Now we have the economy here, we have jobs, you can raise a family here. … We want to see more (affordable) condos being built. The only way you can make affordable condos is to [build] higher.”

The Attraction of Langford

This is a beautiful place to live, and when it comes to natural settings Langford has plenty to boast about in her trails, lakes, and vistas. Hikers, cyclists, and horseback riders enjoy the 55-kilometre Galloping Goose Trail, once a picturesque railway line, which connects Victoria and Sooke through Langford. Visitors flock to Goldstream Provincial Park around this time of year to see the salmon run in Goldstream River, along with feasting bald eagles. The popular provincial campground and trails are excellent for hiking, and Mt. Finlayson offers scenic views looking south towards Langford.

“…Breathtaking natural setting is also defined by the sea, mountains, lakes, creeks, streams, and community parks. The amount, proximity and quality of these places reinforce a unique identity and sense of place. Continued access to these places is a significant aspect of the livability in the region and a top priority of residents.”

Langford continues to draw families and business into its thriving economy as the world recognizes the municipality as a desirable place to live for the natural beauty, amenities, and relatively affordable housing.

The Best Countertops in the Industry Caesarstone®  quartz countertops and surface products are highly regarded in the construction industry, which…
in Condominium Lifestyle, Interviews Posted by Mathieu Powell
August 15, 2021August 4, 2022

The quality fit and finish you’ve come to expect from Triple Crown didn’t happen by accident. The builders employed a…
in Interviews Posted by Mathieu Powell

Looking for Property in the Westshore Area?Contact Todd Mahovlich